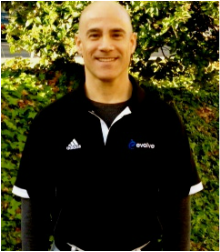 David received his Bachelor’s Degree in 1986 from Providence College in Providence, R.I.  In 1988 David began his Bodywork training in San Diego, CA. After graduation he began treating in a variety of clinical settings in 1989. Since that time David has worked in close cooperation with physicians, surgeons, physical therapists, and chiropractors in the co-treatment of patients, particularly those suffering from various musculoskeletal, neurological, and rheumatological conditions.

Beginning in 1991, in an effort to broaden his knowledge and understanding and to offer a more comprehensive form of care, David’s lifelong interest in Classical East Asian philosophy and culture prompted his study of Traditional Chinese Medicine (TCM). His training included the study of Acupuncture, Manual therapies, and Herbal Medicine. David later completed his Master’s of Science in Traditional Oriental Medicine from Pacific College of Oriental Medicine in San Diego, CA. He is a licensed Acupuncturist and Herbal Practitioner in California. On top of that he is also a licensed Holistic Health Practitioner in San Diego, CA.

David’s continuing aspiration is the effective integration and clinical application of utilizing multiple East Asian modalities in conjunction with an eclectic manual soft-tissue therapy style. Over the years David has developed a very encompassing and successful approach in the treatment of acute, chronic, and recurrent orthopedic and neurological disorders.

Although David can treat a broad range of structural and mechanical injuries and conditions at various degrees of recovery, he specializes in treating the chronic and chronic-recurrent stage soft tissue and joint disorders that seem particularly unresponsive to the conventional methods of therapy and rehabilitation.